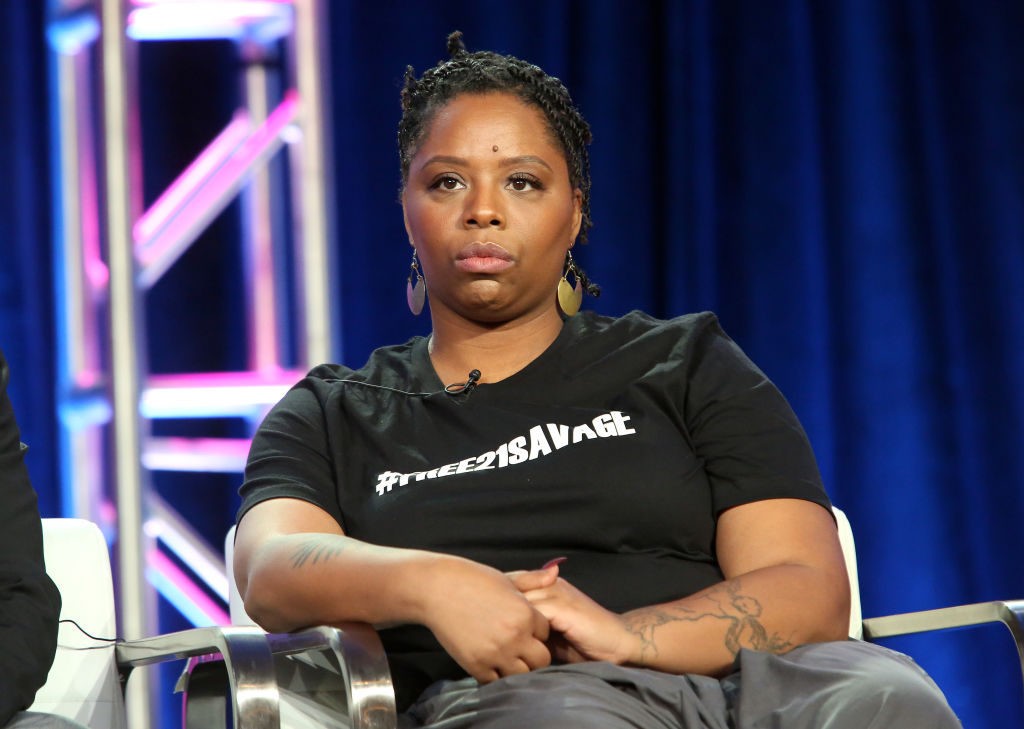 Black Lives Matter co-founder Patrisse Cullors resigned on Thursday, following controversy about her personal wealth — though she, and the Black Lives Matter Global Network Foundation (BLMGNF), denied that had anything to do with it.

In a statement, BLMGNF said:

Cullors leaves BLMGNF in a strong position to support grassroots, art/culture work and policy work that invests in the future of Black lives. During her tenure, Cullors helped the organization reach several milestones …

“With smart, experienced and committed people supporting the organization during this transition, I know that BLMGNF is in good hands,” said Cullors. “The foundation’s agenda remains the same — eradicate white supremacy and build life-affirming institutions. Between the two Senior Executives and BLM Grassroots Co-Director Melina Abdullah, who is an original member of BLM and co-founder of its first chapter in Los Angeles, their immense talent will build a future where Black lives do more than matter — they will truly thrive.”

Last year, after the presidential election, local Black Lives Matter activists began asking questions about the movement’s finances, after it raised massive amounts of cash from corporate America, but little filtered down to local communities.

Last month, real estate website Dirt.com reported that the “37-year-old social justice visionary” noted that Cullors (also known by her married, hyphenated surname, Khan-Cullors) had bought a $1.4 million compound in the Los Angeles enclave of Topanga. The New York Post reported that the Topanga home was one of four Cullors owned, which included a Georgia ranch with an airplane hangar. (Cullors, like many other prominent Black Lives Matter leaders, is a “trained Marxist.”)

The revelations prompted more protest from activists, and spurred `calls for an independent investigation of the movement’s finances. Cullors said she bought the homes to support family, as Breitbart News reported:

She replied that “never taken a salary from the Black Lives Matter Global Network Foundation,” and that she had other sources of income from her work as a college professor, as a TV producer, an author, and a YouTube content creator.

She added: “Organizers should get paid for the work that they do. They should get paid a living wage. And the fact that the right-wing media is trying to create hysteria around my spending is, frankly, racist and sexist.”

The Associated Press reported that Cullors vigorously denied that her resignation had anything to do with the controversy over her personal wealth or the movement’s finances: “Those were right-wing attacks that tried to discredit my character, and I don’t operate off of what the right thinks about me,” she reportedly said.

Joel B. Pollak is Senior Editor-at-Large at Breitbart News and the host of Breitbart News Sunday on Sirius XM Patriot on Sunday evenings from 7 p.m. to 10 p.m. ET (4 p.m. to 7 p.m. PT). His new novel, Joubert Park, tells the story of a Jewish family in South Africa at the dawn of the apartheid era. His recent book, RED NOVEMBER, recounts the 2020 Democratic presidential primary from a conservative perspective. He is a winner of the 2018 Robert Novak Journalism Alumni Fellowship. Follow him on Twitter at @joelpollak.