Terry Sharpe, known as the “walking Marine” for his treks by foot every year from his home in North Carolina to Washington, DC, traveled to the nation’s capitol to take part in the Rolling to Remember biker rally Sunday. But Sharpe is focused on raising awareness about warriors who died, not in battle, but by their own hand. 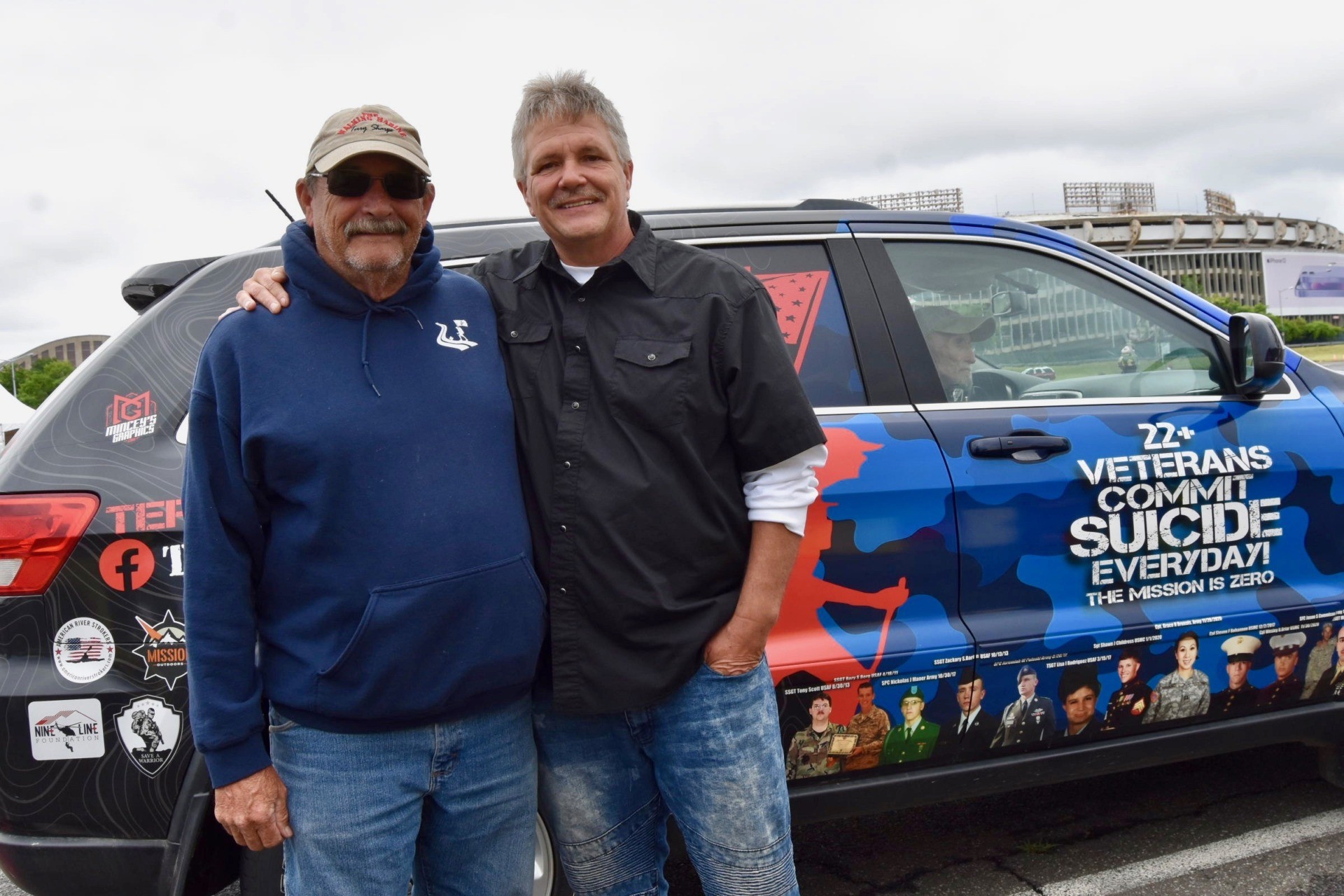 Terry Sharpe, left, and William Childress, attended the Rolling to Remember biker event on Sunday in Washington, DC. Sharpe has a mission to raise awareness about military service and suicide. (Penny Starr/Breitbart News)

He stood by a vehicle at RFK Stadium decorated with photos of some of those lost and the number 22 — the average daily suicides that take place in this country of those on active duty or veterans.

Sharpe makes the annual walk in 22 days to honor the dead.

A photo of William Childress’ son is on the vehicle and he praised Sharpe for his dedication to raising military suicide awareness and remembered his son Shawn J. Childress who was 24 when he ended his life. Shawn, he said, was an excellent Marine who was still on active duty and an “all-around good kid.”

Childress said events such as the one on Sunday give him hope.

“It shows that there are still some Americans out here who still believe what’s right for these armed forces,” Childress said. “These men and women go through a lot and people don’t really know.”