Biden’s Nominee for Immigration and Customs Enforcement Is Against ‘Enforcement’ 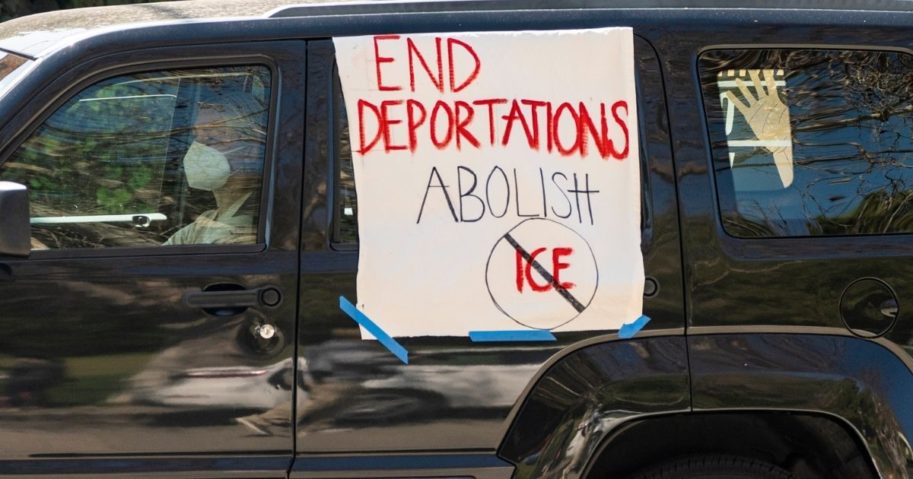 President Joe Biden has nominated Texas sheriff and Trump critic Ed Gonzalez to be head of Immigration and Customs Enforcement.

“‪I do not support ICE raids that threaten to deport millions of undocumented immigrants, the vast majority of whom do not represent a threat to the U.S,” Gonzalez wrote in a 2019 Facebook post, according to Reuters. “The focus should always be on clear & immediate safety threats.”

Gonzalez thus opposed the rule of law when it comes to immigrant deportation. The rule of law is a fundamental concept in the U.S.: It means that the law is more important to follow than the whims of politicians.

The rule of law would dictate that all immigrants who have come here in violation of U.S. law should be deported. President Trump supported this, but Gonzalez believes that the rule of law should be cast aside and that ICE should focus only on immediate threats.

The enforcement of the law should be at the top of the list of things to do for the head of Immigration and Customs Enforcement.

“With a workforce numbering approximately 20,000 including deportation officers, special agents, analysts, and professional staff, ICE stands at the forefront of our nation’s efforts to strengthen border security and prevent the illegal movement of people, goods, and funds into, within, and out of the United States. The agency’s broad investigative authorities are directly related to our country’s ongoing efforts to combat terrorism at home and abroad.

“HSI and ERO are recognized as essential law enforcement partners domestically and abroad, and either lead or participate in multiple interagency task forces that aim to target and prevent terrorism and transnational crime.”

Do you think the Biden administration wants to enforce immigration law?

While dealing with imminent threats is important, part of the agency’s mission is to “prevent the illegal movement of people, goods, and funds into, within, and out of the United States.” Nominating Gonzalez to head ICE thus works against this important part of ICE’s mission.

President Biden also announced on April 12 that he would tap another Trump critic, police chief Chris Magnus, to head the Customs and Border Protection agency.

Biden’s administration has already had trouble on the immigration front, and his decision to have Trump critics head these two important agencies shows that he is committed to avoiding the rule of law when it comes to immigration.

Now more illegal immigrants are crossing the border, which means that Biden’s policies on immigration have thus far been a failure.

President Trump was right: The rule of law needs to be upheld, and illegal immigrants should be deported. To not do so risks further illegal immigration.

This is the dangerous road that Biden and his administration are on.

Gonzalez should not become head of ICE if he will not fully support ICE’s mission to oppose illegal immigration.