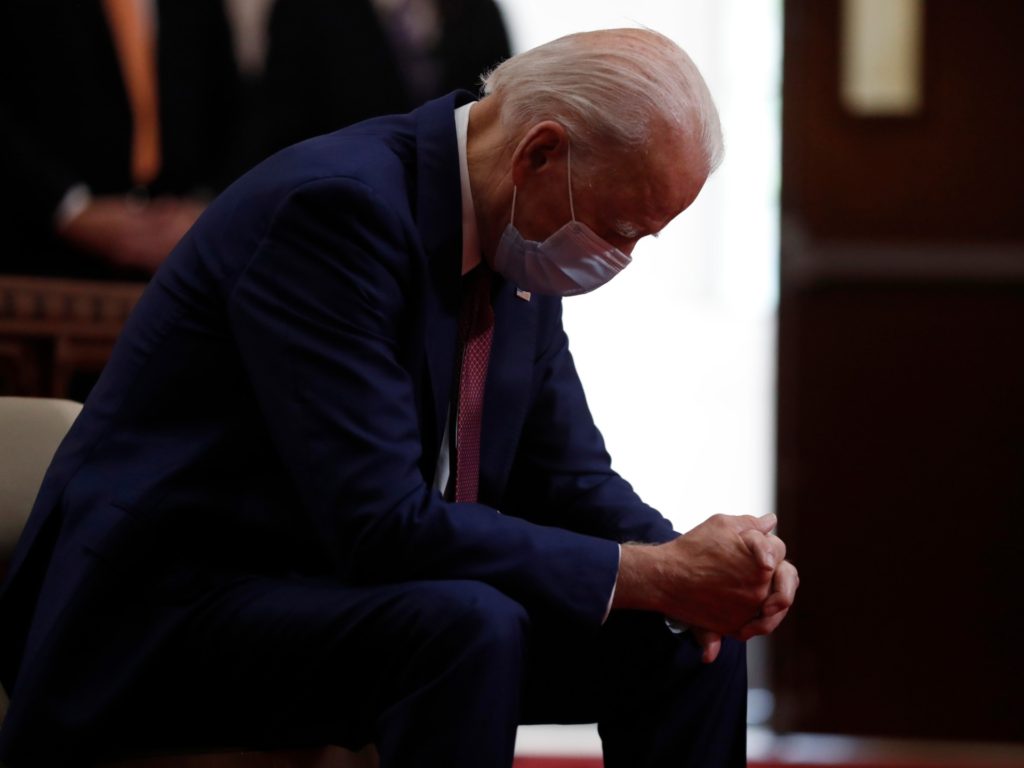 Catholic League president Bill Donohue said Friday that President Joe Biden’s failure to even mention God in his National Day of Prayer address was “inexplicable at best and objectionable at worst.”

What President Biden did was “unprecedented,” Dr. Donohue wrote in a May 7 essay. “No previous president has failed to mention God since the day it was created in 1952 by a joint resolution of Congress and signed into law by President Harry Truman.”

As Breitbart News reported, in his May 6 address, Biden mentioned the coronavirus pandemic, racial justice, and “the existential threat of climate change,” but somehow managed to omit any reference to God.

The closest he got was the vague reference that “human beings are the most dynamic link to the divine on this planet.”

Searching for a rationale for dropping “God” from an address on the National Day of Prayer, Donohue noted that “the Democratic Party is home to secularists” for whom God talk is anathema.

“Those who have no religious affiliation, as well as agnostics and atheists, have laid anchor in the Party, many of whom are openly hostile to religion and people of faith,” Donohue observed. “It is not a leap to conclude that this mentality colored Biden’s prepared remarks.”

Last summer, Secular Democrats of America were given three panels to voice their concerns at the Democratic National Convention, during which “they did not hold back in lambasting Christian conservatives,” he continued.

Those who are averse to prayer are free to ignore the National Day of Prayer, he observed. “But those who choose to participate are expected to pay tribute to God, which is why what President Biden did was inexplicable at best and objectionable at worst.”

“To the extent that Biden’s remarks reflect the sentiments of those who are running the White House, this does not speak well for him or his administration,” he concluded, and “it doesn’t bode well for the country.”