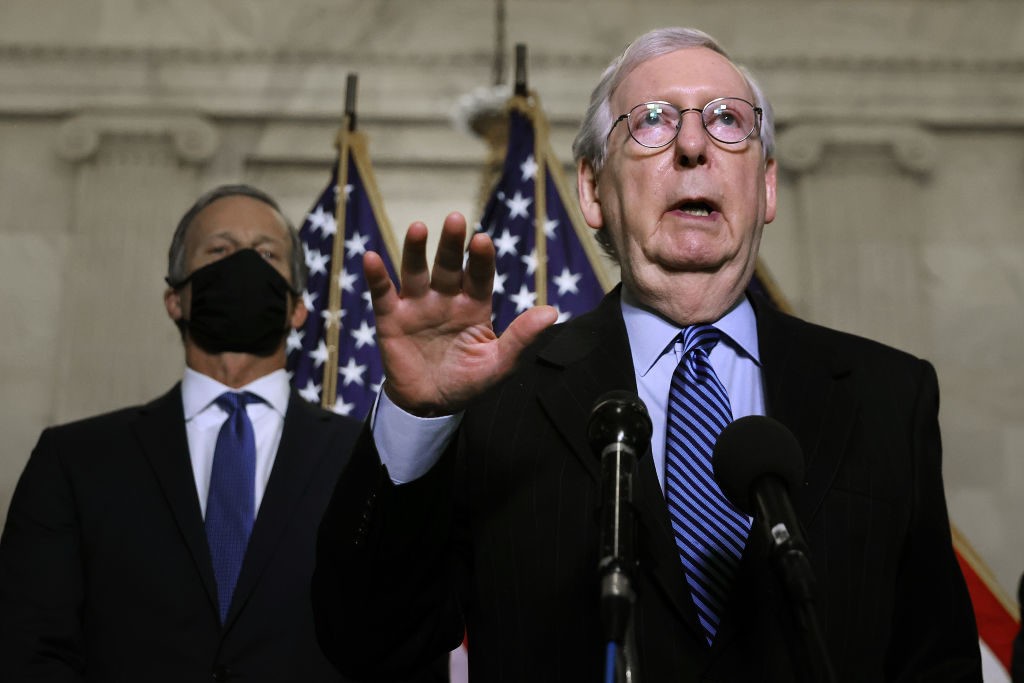 “It’s called infrastructure, but inside the Trojan horse, it’s going to be more borrowed money and massive tax increases on all the productive parts of our economy,” McConnell reiterated. “It’s like a Trojan horse.”

McConnell said if the plan is “going to have massive tax increases and trillions more added to the national debt, it’s not likely” he would support the measure.

Breitbart News also reported the bill “includes $300 billion for housing and $400 billion for elderly and disabled care.” The proposal will also involve “nearly $400 billion in ‘clean-energy credits’ to promote ‘green’ energy such as wind and solar.”

Rep. Ann Wagner (R-MO) also voiced her opinion about the legislation. “Why, as this country begins to reopen and recover economically, would the Biden administration be proposing tax policy which would, in the end, hurt the American family and millions of struggling small businesses?” she said.

Rep. Kevin Brady (R-TX), the ranking member on the House Ways and Means Committee, also opposed the plan on the basis of the remaining economic crisis. “No president has ever raised business taxes to recover from an economic crisis. This couldn’t come at a worse time,” he said.

Even Rep. Alexandria Ocasio-Cortez (D-NY) expressed her disappointment with the proposal in a tweet. “This is not nearly enough,” she insisted.