Biden Just Committed the US to a Massive Decrease in Emissions 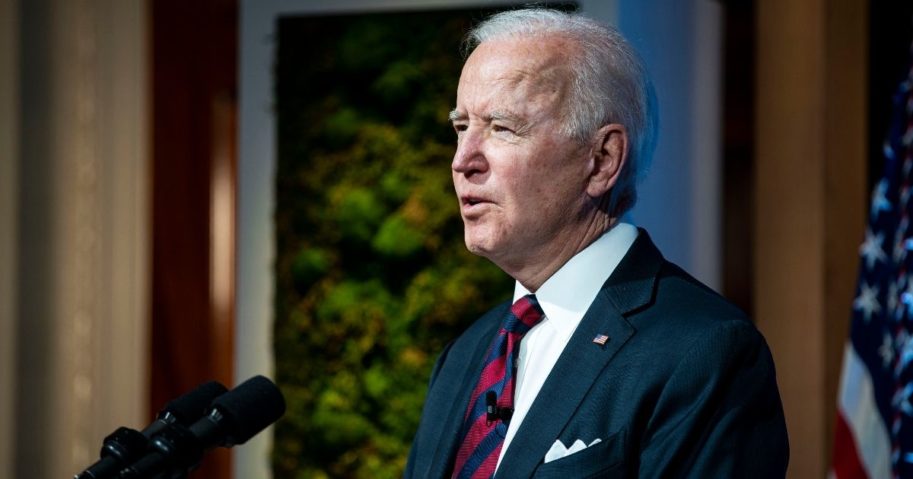 President Joe Biden committed the United States to reduce greenhouse gas emissions by 50 percent by 2030 as part of its renewed pledged to the Paris climate agreement.

The Democratic president made the “nationally determined contribution” pledge on Thursday morning, the first day of the two-day virtual Leaders Summit on Climate, NBC News reported.

“These steps will set America on a path of net-zero emissions economy by no later than 2050,” Biden said.

“But the truth is, America represents less than 15 percent of the world’s emissions. No nation can solve this crisis on our own, as I know you all fully understand.”

He noted that scientists have said that the current decade will be crucial to address the climate crisis.

“This is the decade we must make decisions that will avoid the worst consequences of the climate crisis,” Biden said.

“We can’t resign ourselves to that future. We have to take action, all of us, and this summit is our first step on the road we’ll travel together.”

Do you think these goals are achievable?

The summit is part of the Biden administration’s effort to rejoin worldwide efforts to reduce climate change. Biden signed an executive order to rejoin the 2015 Paris Climate Agreement as one of his first acts as president.

U.S. greenhouse gas emissions decreased last year, mostly because of the coronavirus pandemic that halted many parts of the economy. The Biden administration is setting lofty goals for the country as the economy bounces back.

According to a fact sheet from the White House, the reduction goal is a 50 to 52 percent reduction from 2005 levels in net greenhouse gas pollution by 2030.

The Biden administration also told reporters that it will consider a “carbon border adjustment,” or carbon tariff, which would tax imports from countries that don’t have emissions controls, NBC reported.

Biden’s long-term goal is to have net-zero greenhouse gas emissions by 2050.

“We see multiple paths to reaching this goal,” an administration official told the outlet.

Other countries have set higher environmental goals and are expected to criticize Biden for not reaching high enough.

The European Union recently passed sweeping climate legislation to slash its net greenhouse gas emissions by 55 percent by 2030 and the U.K. announced its goal this week of cutting its emissions by 78 percent by 2035, compared to 1990 levels, according to Axios.