Biden has ‘Worst 100 Days of Any President’ in U.S History 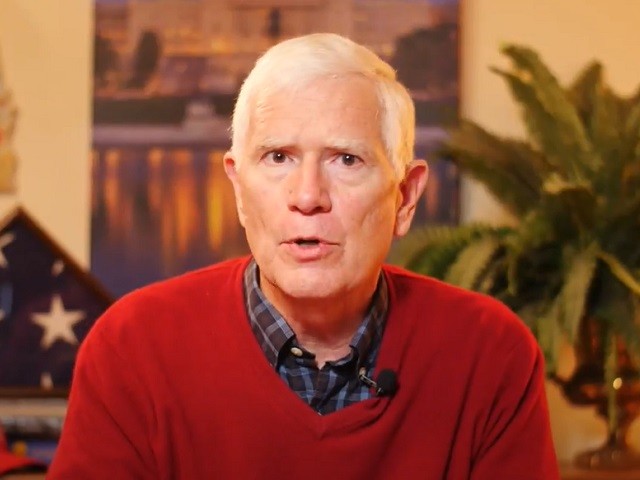 Congressman Mo Brooks (R-AL), a candidate for U.S. Senate in Alabama, joined SiriusXM’s Breitbart News Saturday, where he discussed President Joe Biden’s agenda and policies, saying he has potentially had “the worst 100 days of any president in the history of the United States.”

On President Biden’s agenda and job performance, Brooks said the administration operates in an “alternate reality.”

“In a general sense, the Biden Administration is operating in an alternate reality,” Brooks said. “They are not in the same reality you and I are in, or that the rest of American citizens are in. It’s almost like Alice in Wonderland looking through the looking glass.”

You’ve got unemployment going in the wrong direction, you’ve got people declining to work, businesses that are struggling to makes end meet to survive to create jobs and not being able to stay open because they can’t hire people because the federal government is paying people so much not work. You’ve got the inflation rate going up, you’ve got our debt to soon bust through the $30 trillion mark… on an energy level we’ve got gasoline stations that don’t have gas in major states like North Carolina, Virginia, Georgia…

Brooks said the shortage of gas in some states is a direct result of the Biden administration’s unwillingness to “engage in the cybersecurity that is necessary to protect Americans from being damaged by Russians who are engaged in cyberattacks on our systems.”

“To stop it, the Biden Administration is going to have to be far more aggressive than they have been,” Brooks said. “In my mind, these kind of attacks where a foreign entity has destroyed a major part of America’s infrastructure, at least shut it down for some period of time, subject to blackmail, subject to extortion, i.e. the $5 million that seems to have been paid, the Biden administration needs to treat this as an act of war and act in accordance.”

Brooks also insisted that Biden should “use the full force and power of the United States of America to protect Americans from this kind of attack that originates from a foreign entity,” adding that we cannot allow this to “become the tip of the iceberg.”

“We cannot allow what the Russians did to the Colonial Pipeline to become common place and we certainly shouldn’t be paying that kind of blackmail,” Brooks said.

“This may very well be the worst 100 days of any president in the history of the United States in terms of the adverse effects of the policies that this presidency has promulgated,” Brooks added. “They are increasing the risk of national insolvency and bankruptcy by spending trillions of dollars that we don’t have, have to borrow to get, and can’t afford to pay back.”

Brooks insisted that with “any new administration” there will be changes and threats to America’s democracy. However he said, “What you don’t expect is for that new administration to cower in their bunkers instead of doing what’s necessary to make sure that China, Russia, and terrorist organizations know that you do not mess with the United States of America.”

“Right now, aggressors around the world are seeing the Biden administration as weaklings and as long as that perception persists, then the dangers to the American people are going to escalate,” Brooks continued, saying he hopes Biden and his administration get some “courage to do what is necessary to protect the United States of America.”

Brooks also discussed a recent letter he and his Republican colleagues sent to House Speaker Nancy Pelosi (D-CA) and Senate Majority Leader Chuck Schumer (D-NY) demanding the Capitol be open for the public to access without restriction following the latest set of guidelines from the Centers for Disease Control (CDC) for vaccinated Americans.

“The United States Capitol was paid for by the people of the United States of America,” Brooks told host Matthew Boyle. “The House of Representatives is the people’s house. It makes only sense that those people who purchased it, who built it, who own it, have the right to visit it.”

Brooks also stated that by reopening the Capitol, it gives “the citizens of America an opportunity, a better opportunity to meet with their elected representatives and the United States senators as they exercise their First Amendment rights that are guaranteed in the United States constitution.”