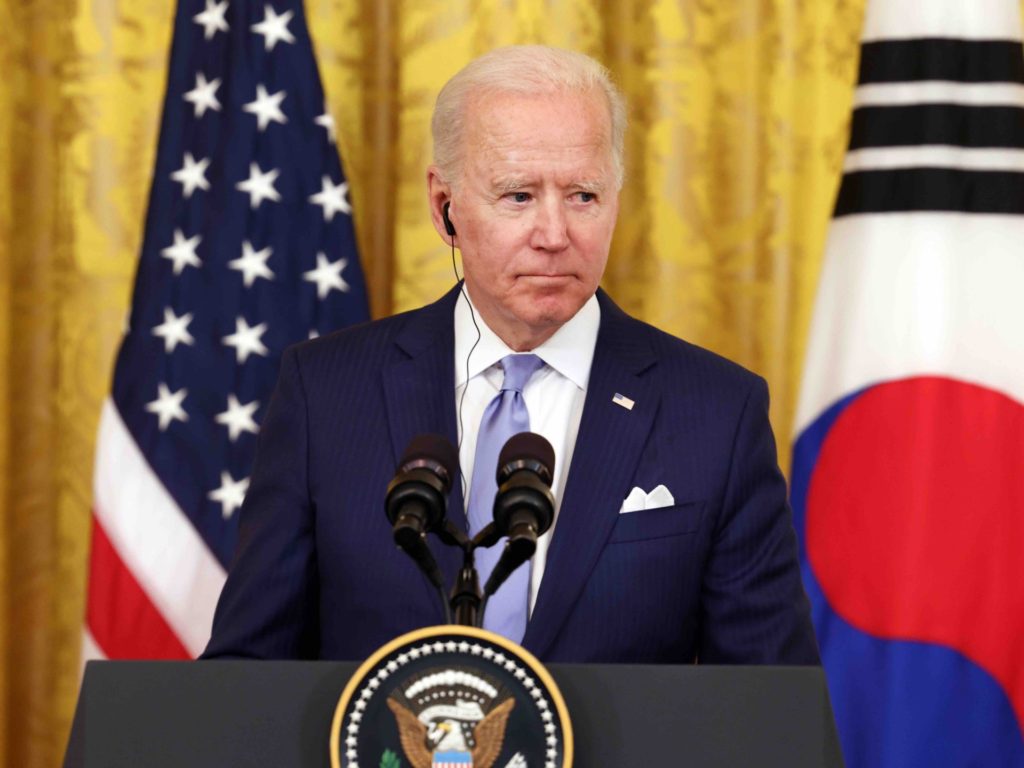 Jewish groups wrote to President Joe Biden on Friday as he failed to speak out against a wave of antisemitic violence across the nation, as pro-Palestinian activists targeted a synagogue, attacked pro-Israel protesters, and assaulted innocent bystanders.

On Sunday, a synagogue near Chicago was vandalized, and a “Freedom for Palestine” poster was found on the grounds. On Tuesday, a mob of pro-Palestinian thugs attacked a group of diners in Los Angeles, in what police are investigating as a hate crime. And on Thursday, pro-Palestinian protesters attacked Jews in Times Square and on 47th Street in New York City.

Biden criticized inter-communal violence between Jews and Arabs in Israel, twice, during a press conference with South Korean President Moon Jae-in (the bulk of which was carried out by Arabs, as reflected in criminal indictments by Israeli police).

But he said nothing about the ongoing antisemitic attacks in the United States, reflecting the silence of other Democratic leaders.

Earlier Friday, as reported by Ron Kampeas of the Jewish Telegraphic Agency, Jewish groups asked that Biden speak out:

Biden has yet to address the incidents, and did not mention them on Thursday when he welcomed the ceasefire between Israel and Hamas. The attacks have included assaults on Jews by pro-Palestinian protesters.

“Use your bully pulpit to call out antisemitism,” said the letter sent Friday jointly by the Jewish Federations of North America, the ADL, the American Jewish Committee, Hadassah and the Orthodox Union. “Harness the authority of the Presidency and the United States Government to speak out loudly and clearly against antisemitism.”

Kampeas noted that Biden had campaigned in 2020 on the claim of a spike in antisemitism under then-President Donald Trump.

Indeed, Biden launched his campaign based on the Charlottesville “very fine people” hoax, the false claim that Trump had referred to neo-Nazis who staged antisemitic marches in August 2017 as “very fine people.” In fact, Trump condemned them.

Earlier this week, Biden signed a new law aimed at stopping hate crimes against Asian Americans, which he mentioned in his conference with President Moon, noting that he was ashamed of what he called a history of anti-Asian bias in the United States.