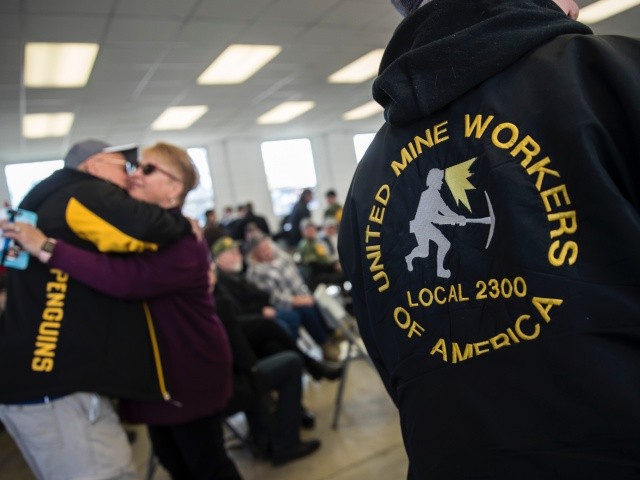 President Joe Biden is seemingly ditching his “Buy American” promise less than five months into his administration with a plan to import materials for electric vehicles as part of a “strategy designed to placate environmentalists,” according to a report.

According to administration officials who spoke to Reuters, Biden is set to deal a blow to American miners by outsourcing where the United States will source metals needed for electric vehicle production.

Rather than relying on U.S. mines, Biden will reportedly import the needed metals from Australia, Brazil, Canada, and other foreign countries. The move is a win for environmentalists and Democrats who have fought to shut down U.S. mining projects that would provide high-paying union jobs to America’s working and middle class.

Biden officials want to ensure the administration’s EV aspirations are not imperiled as domestic mines face roadblocks, the sources said, both from environmentalists and even some Democrats. [Emphasis added]

While U.S. projects from small and large miners alike will feel the impact, the pain from any blocked projects will fall disproportionately on smaller, U.S.-focused companies. Many large miners also have global projects that could benefit from the administration’s plan. [Emphasis added]

“Let’s let Americans extract these minerals from the earth,” said Aaron Butler of United Association Local 469 union, which does work for Rio Tinto Ltd’s (RIO.AX) proposed Resolution copper mine project in Arizona and endorsed Biden in the elections. “These are good-paying jobs.” [Emphasis added]

The reported plan, which will not be finalized until after the administration’s year-long review of U.S. supply chains, would be a major reversal of Biden’s promises made to American miners and labor unions last year on the 2020 presidential campaign trail.

In October 2020, for instance, Biden told American miners that he would support sourcing metals and other materials from the U.S. rather than outsourcing such production.

Meanwhile, geologist Jim Constantopoulos has warned that the U.S. is neglecting its U.S. mining capabilities even as demand has skyrocketed for many of these metals:

Today, imports account for 30 percent of the copper used in this country, but they’re far greater for some other critically important metals that are the building blocks for clean energy technologies. The U.S. now finds itself import reliant on nearly 50 key minerals and metals. If supply chains can’t meet skyrocketing demand, mineral shortages or sky-high prices could mean a throttling of clean energy deployment. It also means U.S. manufacturers will find themselves increasingly uncompetitive in cutthroat global markets. [Emphasis added]

In opposition to U.S. mineral vulnerability, China has come to dominate mineral supply chains and the manufacturing of clean energy technologies. Beijing has made mining and mineral processing a favored industry and has effectively used control of these essential materials to corner the market on the production of everything from solar panels and wind turbines to now lithium-ion batteries, the very heart of the electric vehicle revolution. [Emphasis added]

U.S. neglect of mineral supply chains is now jeopardizing the future of millions of manufacturing and advanced energy jobs – the very jobs the Biden administration is so determined to win. [Emphasis added]