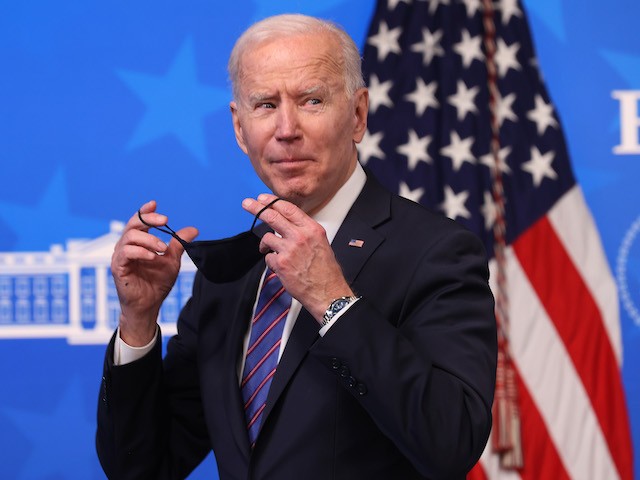 The leaders of Clean Energy for Biden have raked in millions of dollars since President Joe Biden has taken office and openly support the business, which gave his campaign millions, according to the report.

The group which raised millions for the Biden campaign has seen a sudden “lucrative returns on their investments” since Biden has been in the White House in January, according to the Washington Free Beacon, which first reported on the findings.

Clean Energy for Biden, which officially operated from March 2020 to January 2021, is now known as Clean Energy for America, since Biden became president, according to the website, which also openly states, the group “fundraised for the Biden-Harris campaign.” The group is built off of “15,000+ clean energy professionals, advocates, and business leaders,” the website states. ” We are guided by our people and motivated by our shared values, beliefs, and commitment to building a zero-carbon, inclusive energy economy for all Americans.”

The report showed, only a few months into the Biden administration, the group’s membership has “already seeing lucrative returns on their investments.” The group allegedly tailored its membership to “industry professionals by promising unprecedented growth in “climate tech” should Democrats win the White House.” The members of the groups were asked to donate after allegedly told “Biden’s $2 trillion infrastructure proposal, which the group said would grow green energy ‘faster than ever before.’”

The reported claims the group “raised at least $3.2 million” to elect Biden. “Following Biden’s victory in November, members of the group became the Biden administration’s ‘bridge to the private sector,’” the report said, according to CNBC.

For instance, this week, Environment & Energy Publishing reported, Biden’s Department of Energy Secretary Jennifer “Granholm received an Office of Government Ethics waiver that could set the stage for her to divest more than 240,000 shares in an electric bus company” called, Proterra, Inc. This happens to conveniently be the same company Biden participated in a virtual event promoting the company.

When complaints about the secretary’s ties started to hover over her, the Energy Department denied to E&E News it had any type of involvement in the planning of that virtual tour.

The electric bus company is known as “a leader in the design and manufacture of zero-emission electric transit vehicles and EV technology solutions for commercial applications,” and the event they participated in was “to promote the Administration’s green car initiative.” The company has also declared its plans to go public in January from a nontraditional initial public offering through a merger with a company called ArcLight Clean Transition Corp.

Audrey Lee, the co-founder of Clean Energy for Biden, is a board member of ArcLight Clean Transition Corp., the merging company. Reports show the merger has not been finalized but should be completed by the first half of 2021. The report indicated, another “ArcLight board member Brian Goncher cohosted a Clean Energy for Biden Fundraiser in August,” which included Ryan Popple, a cofounder Proterra and then-executive director, who was a featured guest at the event.

Biden has also hosted, Jack Allen, the CEO of Proterra, at his State Department’s Leaders Summit on Climate. Which raised ethics concerns since the Beacon reported, Granholm still holds up to $5 million in stock from the electric car company.

The report indicated other members from the administration have a financial stake in the company, which Biden has bolstered.

Other Clean Energy for Biden leaders also stand to profit from the administration’s promotion of Proterra. At least three members of the group’s finance council work as partners at venture capital firms that list Proterra on their portfolios: Energy Impact Partners‘ Shayle Kann, Ajax Strategies‘ Veery Maxwell, and G2VP‘s Brook Porter. Popple left Proterra to join G2VP in February, according to LinkedIn.

After the reports of the information have arisen, he ranking member of the Environment Subcommittee Rep. Ralph Norman (R-SC), sent a letter Wednesday to demand documents of the communication between the energy secretary and Proterra to investigate her “longstanding relationship” and “multi-million-dollar stake” in a company President Joe Biden recently promoted.

The congressman wants to make sure there is no self-interest involved due to her ownership of stocks from Proterra. He said, “I want to ensure that you are taking your ethics requirements seriously, and not using your position to profit financially,” and to make sure the Energy Department is not “actively pushing a public relations campaign to endorse electric vehicles, batteries and charging infrastructure.”

More so, in early May, it was reported John Kerry, U.S. Special Presidential Envoy for Climate, disclosed millions of dollars in income from finance and energy firms along with his recently liquidated huge stock portfolio in his latest financial filing, which Axios obtained after the White House reportedly slow-walked releasing for weeks.

This was due to him liquidating a huge stock portfolio before becoming Biden’s special climate envoy, the report states. The “millions of dollars in salary” he had also reported partially came from $5 million salaries from Bank of America, $382,400 in speaking fees from entities including Deutsche Bank, Waste Management, and Cornell University, and included more than $5,000” for speeches, one of which was to Barclays. Additionally, Kerry was an “advisory board chairman for Climate Finance Partners,” which, Axios reported, “creates innovative and globally needed finance solutions that address climate change.”

For Kerry, a spokesperson for the State Department told Axios: “The State Department’s Ethics Office reviewed Special Presidential Envoy Kerry’s assets and investments upon his appointment to identify holdings that could pose a significant risk of a conflict of interest.”

Thought, the spokesperson added, the “Special Presidential Envoy Kerry agreed to divest the assets identified by the Ethics Office and has done so.” According to the report, he had liquidated between $4.2 and $15 million last month from his stock holdings.