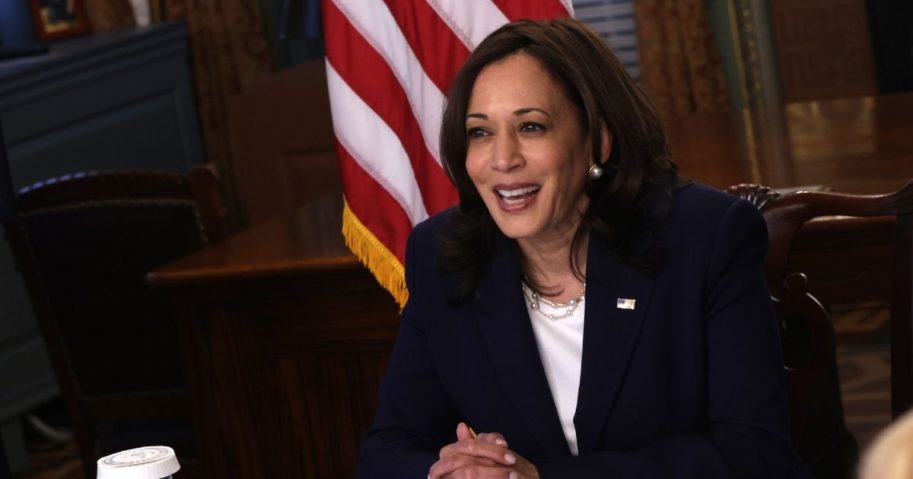 Alex Wong / Getty ImagesVice President Kamala Harris conducts a virtual meeting on Monday with Guatemalan President Alejandro Giammattei in the Eisenhower Executive Office Building in Washington. Harris, who is already in charge of the nation’s border crisis, has added the National Space Council to her portfolio, the White House announced on Saturday. (Alex Wong / Getty Images)

One piece of the Trump administration will survive into the Biden era, but likely with a different twist.

On Saturday, the Biden administration announced that the National Space Council would remain with Vice President Kamala Harris at its chairwoman, according to Axios.

The council started under former President George H.W. Bush, who created it with a 1990 executive order that included it being chaired by the vice president, according to Politico.

It lapsed when his term ended, according to Politico. Then-President Donald Trump brought it back to life in 2017, according to SpaceNews.

During the Trump administration, the council was chaired by Vice President Mike Pence.

“The council’s basic objectives — national security, basic science, technological development, contributions to U.S. economic growth and the commercial sector — will all be maintained,” a senior administration official said Saturday in a call to the media announcing the Harris appointment, according to Axios.

“To that, I would just want to add that the vice president also intends to put her own personal stamp on the council.”

The official said that the Biden administration’s focus on space would include “supporting sustainable development of commercial space activity, advancing peaceful norms and responsible behaviors in space, achieving peaceful exploration objectives with our allies and partners,” according to Politico.

This is interesting. VP Harris has shown great interest to the US STEM programs and space exploration has been a key object of this effort. Will she be able to bring additional political motivation to the Artemis program?

“Having the vice president run it keeps it at the right level,” he said, according to Politico.

“I’m delighted so far on how they have handled space. They are building on really having a dominant position in space again.”

Will this lead to space exploration being politically correct?

“Space technology can address the problem of climate change and is central to the current contest for global leadership between the United States and China,” said Peter Garretson, a senior fellow in defense studies at the American Foreign Policy Council, according to Politico.

“The National Space Council is essential to mobilizing the United States to effectively compete.”

Others involved said the group benefited from having a voice in the highest offices.

“There is extremely important work to be done in space,” Hickam added, “not only by NASA but other interested departments within the federal government as well as commercial entities, and great decisions yet to be made.”

There were still plenty of skeptics though.

Harris has also been put in charge of managing the country’s illegal immigration crisis, a job where she’s gotten plenty of criticism.

Since harris did such a great job with her dedicated project with the stampede at the border, buyden has now selected her to task a new project!

Earth to Kamala, there is a crisis at the southern border.

An executive secretary will be hired to provide day-to-day leadership.