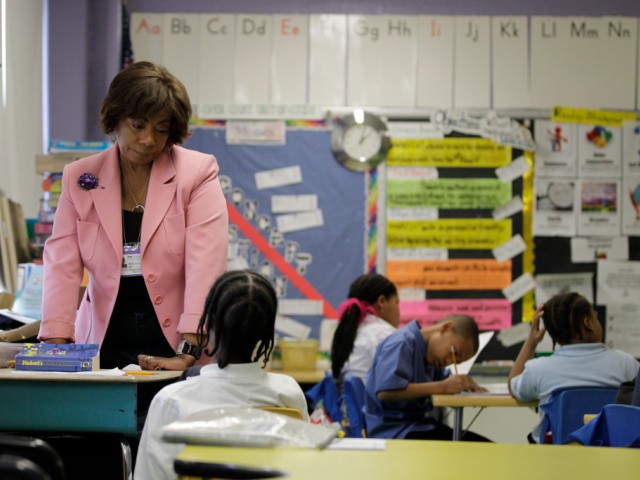 Baltimore schools will move all students on to the next grade despite “tens of thousands” of them receiving failing marks during the disrupted academic year.

The Baltimore City Public Schools district created a new grading policy that will allow it “to move tens of thousands of students who have failed at least one class up to the next grade level,” CNN reported.

The move is “in recognition of the struggles students have faced” during the year affected by the coronavirus pandemic.

“This is not about a failure, but it is about unfinished learning and giving multiple opportunities, multiple onramps for young people to complete that … learning,” Baltimore City Public Schools CEO Sonja Santelises told the network.

Under the new policy, a failing grade in high school will be swapped out for “No Credit,” while second through eighth graders who receive an “Unsatisfactory” or “Fail” will instead be awarded a “Not Completed” mark.

Students will move on to the next grade, despite earning a grade formerly known as failing.

“In all of these instances, we want to emphasize the word ‘yet’. Not completed yet, no credit yet,” Dabrowski told CNN.

In 2019, 13 percent of fourth-graders were at or above proficient in reading, while 15 percent met standards in math.

Though we still have work to do to realize the gains we know are possible, I’m confident that if we stay focused on literacy, student wholeness, and leadership in the district’s Blueprint for Success, we are positioning our students and staff for success now and in the future.

In 2017, zero students scored proficient in math at 13 of the city’s high schools, Fox 45 reported. At six schools, one percent tested proficient.

Money did not appear to be an issue. During the 2019-2020 school year, the Baltimore district received a combined $19,063 per student and spent $18,784 per student, according to data from the National Center for Education Statistics.