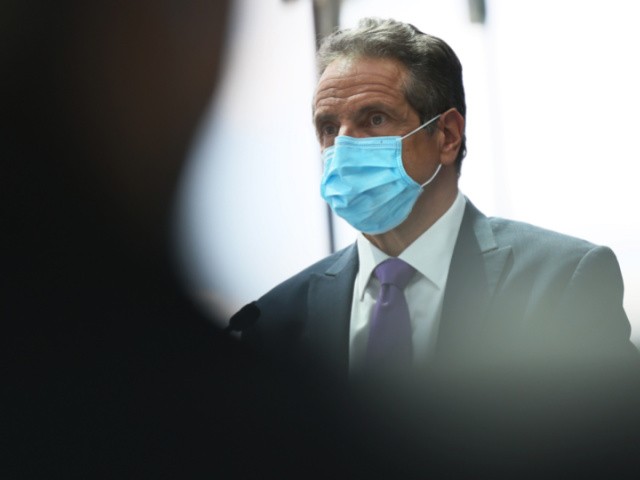 “Federal prosecutors have been looking into whether Gov. Andrew M. Cuomo’s administration granted special access to rapid coronavirus test results for the governor’s family and other influential people, according to two people with knowledge of the discussions,” writes the left-wing Times.

Cuomo is already under federal investigation over the credible claim that he lied about all the nursing home deaths caused by his sinister and disastrous policy that forced nursing homes to accept patients infected with the coronavirus. Not only are the elderly the most vulnerable to the China virus; most nursing homes are just not set up to contain a viral infection.

On top of lying about instituting this deadly policy (for more than a year, the media allowed Cuomo to blame then-President Trump), Cuomo also reportedly lied about the death count. Many believe he did so to ensure his book deal, which paid him some five million dollars, would go through. The book, laughably, was all about him bragging about how well he handled the coronavirus.

But now the Times reports that on top of the nursing home investigation, the feds have expanded their investigation into “questions surrounding a priority testing program that benefited Mr. Cuomo’s close family members, including his brother, Chris Cuomo, in the early weeks of the pandemic.”

The Times adds, “The governor’s office has not disputed that the governor’s family and others received priority access to testing in the pandemic’s early weeks” and “lasted far longer than previously known, through at least last month[.]”

So, basically, here’s what happened and why it matters…

Early last year, if you recall, New York was the epicenter of the coronavirus outbreak, and during these crucial early days, testing resources were scarce as everyone tried to get a handle on this thing. Nevertheless, and the governor does not deny any of this, Cuomo utilized these scarce and vital resources to not only test his friends and family and the influential but to allow them to be tested at home by some of the top people in his Health Department.

So Cuomo sent vital personnel to the homes of the Chosen Few to administer the tests and then used city services to rush the tests to the lab where the tests were bumped to the head of the line.

The biggest sin in all this, at least in my opinion, is that the Chosen Few’s test results remained anonymous, which means they were not used to help the people of New York by way of contact tracing and the like.

Here’s how I laid out the scandal back in March, which is also a scandal that involves CNNLOL’s Chris Cuomo, the governor’s little brother. The Times explains:

Chris Cuomo and his family were tested several times in the pandemic’s early phase by a high-ranking health official who traveled to their Long Island home to take samples, which were then rushed by the state police to the Wadsworth laboratory in Albany.

Officials are barred by state law from using their position to obtain “privileges or exemptions” for themselves or others, or even trying to do so. An impeachment inquiry into Mr. Cuomo, run by the State Assembly, has also begun considering the access the governor’s family received to testing.

“Priority testing by definition means that discretion was involved, and both the executive chamber and the Department of Health had discretion to decide who needed to be tested first,” said Mr. Abramowitz, the lawyer for Mr. Cuomo.

Fredo also, while infected with the China virus, broke every quarantine rule there was to head out to the Hamptons, and did so while pretending to be quarantined on his failing CNNLOL TV show.

As we all know and as has been well-documented, the American justice system protects Democrats and persecutes Republicans, so let’s not hold our breath that there will be any accountability.