American Life and American Energy Are Inextricable, Biden is Seeking to Destroy Both 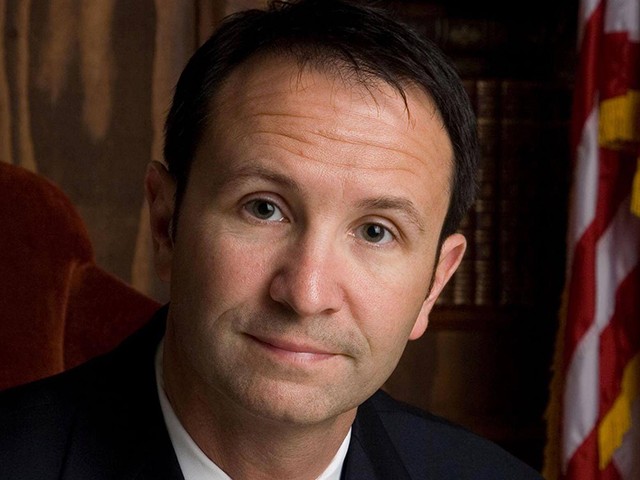 In his presidential farewell address, President Ronald Reagan declared America to be “still a beacon, still a magnet for all who must have freedom, for all the pilgrims from all the lost places who are hurtling through the darkness, toward home.”

America, in part, is that shining light because – thanks to the dynamism of individual liberty, open markets, and competition – we give more people more opportunities at success. These principles work to expand economic outcomes through job creation and cost minimization; and affordable energy from reliable sources is the most fundamental piece of secure, healthy economic growth.

What is more: the American energy industry creates high-paying jobs for millions of blue-collar and white-collar workers. Their efforts mean we can not only achieve energy independence and, in turn, greater national security; but we can also reduce emissions and lower costs for families and businesses.

In my home state of Louisiana, we not only depend on oil and gas for livelihoods but also for our lives. Energy production revenues fund critical coastal restoration and hurricane projects that guard our most vulnerable communities from devastating natural disasters.

Unfortunately, the global market for fossil fuels is subject to sudden shocks in price and demand. Last year, our energy industry took hits from both as a pricing war emerged between Russia and Saudi Arabia mere weeks before the coronavirus outbreak shuttered countries and crashed demand. The result was severe as oil contracts dropped to below $0 – an unprecedented decrease that left producers bankrupt, wells shut-in, and millions at risk of unemployment.

And today, just as markets begin to recover from last year’s turmoil, a new threat to American energy has joined the fray. This one is not the doing of Russian oligarchs, Middle East sheiks, or failed South American petrostates. Instead, it is the product of the partisan gamesmanship and political grandstanding by our own Commander in Chief.

Even before securing his candidacy, Joe Biden unequivocally declared war on American energy. He promised there would be no new drilling on federal lands, and he wasted no time in exceeding that threatening campaign promise.

Within days of taking the oath of office, Joe Biden used his pen to halt federal lease-sales and obstruct permitting authority. He cancelled the Keystone XL pipeline, a crucial piece to breaking our dependence on overseas oil, over the express direction of Congress. And now, Biden is taking even more destructive steps by reviving with vengeance failed Obama-era schemes designed to kill American energy.

First is the social cost of carbon, a green radical pipe dream designed to force the global cost of “climate change” down the American people’s throats. This swamp metric will touch every aspect of American life, which is why economists have called it “the most important number you’ve never heard about.” Rather than an open discussion of this sweeping overhaul, Biden placed a hand on the bureaucratic scales while whispering sweet environmental nothings to voters.

Combine those staggering costs with the anticipated revival of the Clean Power Plan, and the regulatory battlefield is set for war against American energy. And with his weak response to the recent attack on the Colonial Pipeline, Biden will guarantee American losses. If left unchecked, our Nation under Biden will grow even more unstable and face even more shortages on the fuels American families need for everyday life.

So I am matching Biden’s egregious violations of the rule of law with an even greater force in support of the Constitution. I have led two multi-state lawsuits against the Biden administration and joined numerous others. But my work is not done.

I will continue to review the administration’s actions for compliance with the Constitution of the United States. And I will vigorously defend American families and business from unconstitutional overreach. Fortunately, like-minded attorneys general stand with me to defend you and fight Biden tooth and nail in court.

After all, as President Reagan also said: “when you can’t make them see the light, make them feel the heat.”

Jeff Landry is the attorney general of Louisiana and a former U.S. representative.