Last summer, Amazon announced a $10 million donation for “organizations supporting justice and equity,” including a donation directly to the Black Lives Matter Global Network Foundation. At the time, BLM Global Network was sponsored by Thousand Currents, a non-profit whose vice-chairman is Susan Rosenberg, a convicted left-wing terrorist. It’s a major oversight for Amazon, the self-anointed arbiter of domestic terrorism.

Amazon’s ties to Rosenberg are fully exposed in Breaking the News: Exposing the Establishment Media’s Hidden Deals and Secret Corruption, my new book revealing the secret ties between the establishment media, Big Tech, and the activist left.

Rosenberg, a former member of the Weather Underground, came to national prominence as a central figure in the May 19 Communist Organization, a group responsible for a series of violent incidents in the late 1970s and early 1980s. Among May 19’s best-known crimes is the group’s role in the 1981 robbery of a Brinks armored truck which resulted in the murders of two policemen and a security guard.

The group also claimed responsibility for a series of bombings, including the 1983 bombing of the U.S. Capitol. According to historian William Rosenau, May 19 “also bombed an FBI office, the Israel Aircraft Industries building, and the South African consulate in New York, D.C.’s Fort McNair and Navy Yard” over a 20-month period.

In 1979, the group helped break Willie Morales, a Puerto Rican nationalist responsible for a series of deadly bombings, out of New York’s Metropolitan Correction Center. They later assisted in the jailbreak of Joanne Chesimard, AKA Assata Shakur, a radical black nationalist convicted for the 1971 murder of a New Jersey State Trooper. Morales and Chesimard, now residing in Cuba, are both on the FBI’s list of Most Wanted Terrorists.

Rosenberg was eventually apprehended while helping to load 740 pounds of explosives and an arsenal of weapons (including a submachine gun) into a storage locker near Philadelphia. She was sentenced to 58 years in prison before she was granted clemency by President Clinton. 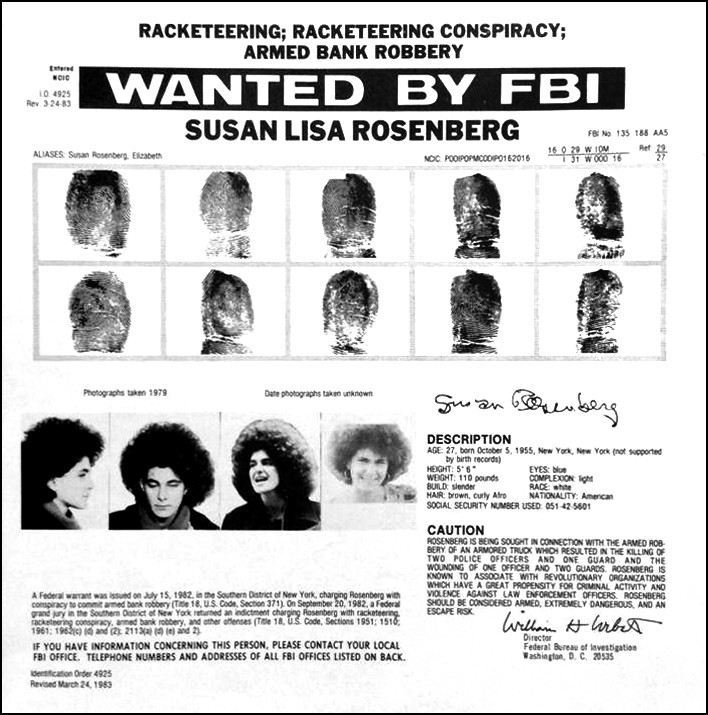 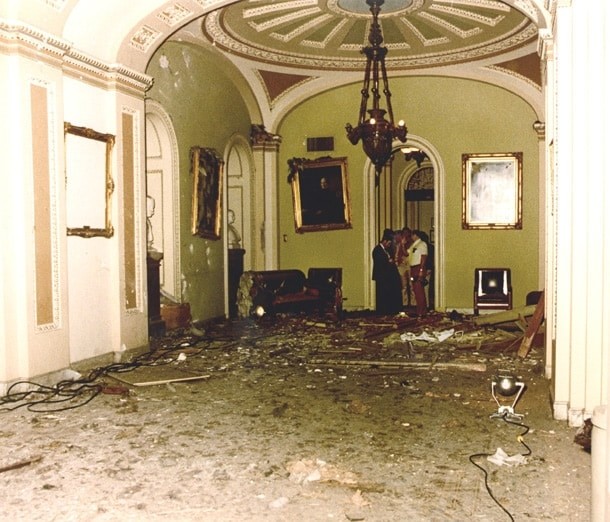 Photo showing the damage from the November 7, 1983, bombing outside of the Chamber of the United States Senate. (Wikimedia Commons)

Apparently, Rosenberg’s brand of violent left-wing extremism isn’t enough to raise Big Tech’s hackles. Amazon later banned social media site Parler over its alleged ties to the January 6 Capitol mob. But donating millions of dollars to an organization associated with a convicted terrorist whose former group was involved in bombing the Capitol is A-okay.

Read all the bombshell details in Breaking the News, out now.

Alex Marlow is the Editor-in-Chief of Breitbart News, the host of Breitbart News Daily on SiriusXM’s Patriot Channel 125, and the author of the new book, Breaking the News: Exposing the Establishment Media’s Hidden Deals and Secret Corruption. You can follow Alex on Facebook, Instagram, and Twitter at @AlexMarlow.