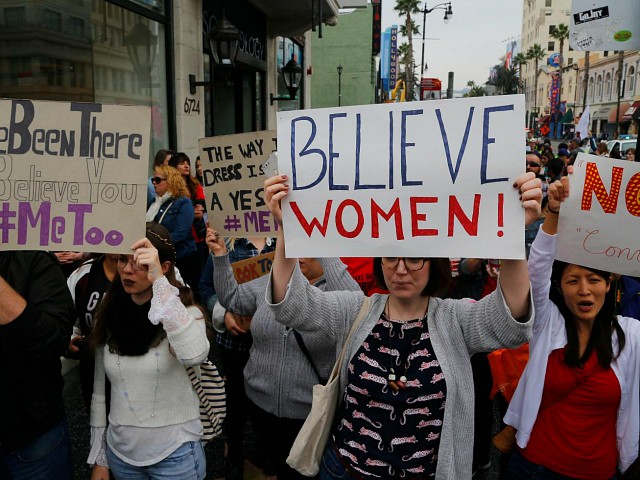 All of the women charged with defamation after making MeToo-style allegations in Sweden have been found guilty, according to a review of ten defamation cases.

The Swedish television programme Crime of the Week reviewed ten defamation cases linked to MeToo allegations over the last several years and found that in every single case, judges had sided against the women making public allegations of sexual abuse.

“All women have the right to their story, and you can tell what you want to a close circle of family and friends, but you can’t single people out in public,” lawyer Angel Eklund told SVT.

The broadcaster noted that eight women were convicted of gross slander, while the other two were convicted of libel. Six of the cases have seen a final judgement, while three others await appeals, and the final case has been referred for an appeal to the Swedish supreme court.

Half of the cases are connected to MeToo from the autumn and winter of 2017, while two others were made before the campaign and the remaining three after.

Four of the cases were accompanied by sexual abuse reports to the police, but those cases were eventually closed. Just one case saw charges, but the case ended in an acquittal for the person accused of sexual assault. In four cases, no police report was ever made.

The MeToo movement in Sweden was largely credited for an increase in sex crime reports in late 2017, with Swedish Crime Prevention Council (Brå) investigator Lisa Wallin noting that November of that year had seen a 33 per cent increase.

“We know that sex crimes are reported to police, about one in 10 victims make a police report. But after the MeToo debate, more people may have chosen to handle such events in a different way and bring this to light,” Ms Wallin said.

The MeToo allegations have had consequences other than defamation cases. In 2018, Swedish theatre director Benny Fredriksson took his own life after accusations he had let male actors sexually harass actresses and pushed a woman to have an abortion.

Later reports stated that the allegations levelled at Fredriksson, which also caused him to resign from the Stockholm arts and culture centre, may have been false as no evidence could be found to corroborate the claims.