AI Voice cloning was recently used in a bank heist in the United Arab Emirates in which $35 million was stolen as cybercriminals continue to expand the tools they use to dupe unsuspecting targets.

Forbes reports that in early 2020, a bank manager in the United Arab Emirates received a phone call from someone he believed to be the director at a company that he had previous dealings with.

The person on the phone was seeking to transfer $35 million from a corporate bank account. A lawyer named Martin Zelner was hired to coordinate business dealings between the bank and the company and the manager could see emails between the director and Zelner authorizing the deal. 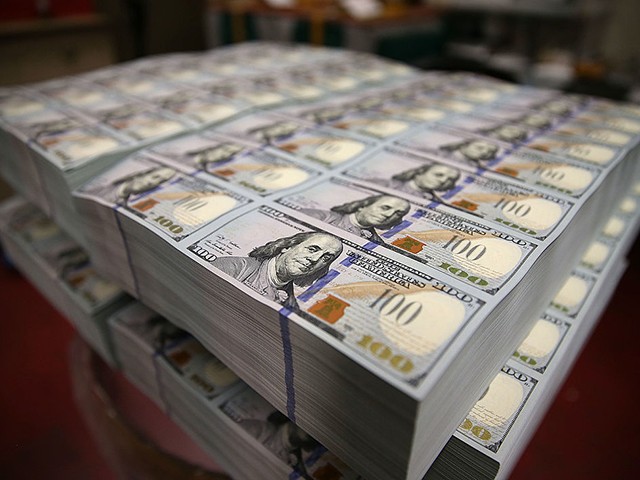 WASHINGTON, DC – MAY 20: Newly redesigned $100 notes lay in stacks at the Bureau of Engraving and Printing on May 20, 2013 in Washington, DC. The one hundred dollar bills will be released this fall and has new security features, such as a duplicating portrait of Benjamin Franklin and microprinting added to make the bill more difficult to counterfeit. (Photo by Mark Wilson/Getty Images)

What the manager didn’t realize was that he had just fallen victim to an increasingly popular type of cybercrime.

Fraudsters had used artificial intelligence to clone the voice of the company director, fooling the manager into authorizing the multi-million dollar transaction in order to steal the money.

The UAE has since sought American investigators’ assistance in tracing $400,000 of stolen funds that were sent to U.S. bank accounts held by Centennial Bank. This is the second known case of fraudsters using voice-copying tools to trick unsuspecting victims, the first being a case in which fraudsters used the technology to impersonate the CEO of a UK-based energy firm in 2019 as part of efforts to steal $240,000.

Jake Moore, a former police officer with the Dorset Police Department in the UK who now works as a cybersecurity expert at the security company ESET, commented: “Audio and visual deep fakes represent the fascinating development of 21st century technology yet they are also potentially incredibly dangerous posing a huge threat to data, money and businesses. We are currently on the cusp of malicious actors shifting expertise and resources into using the latest technology to manipulate people who are innocently unaware of the realms of deep fake technology and even their existence.”

Lucas Nolan is a reporter for Breitbart News covering issues of free speech and online censorship. Follow him on Twitter @LucasNolan or contact via secure email at the address [email protected]