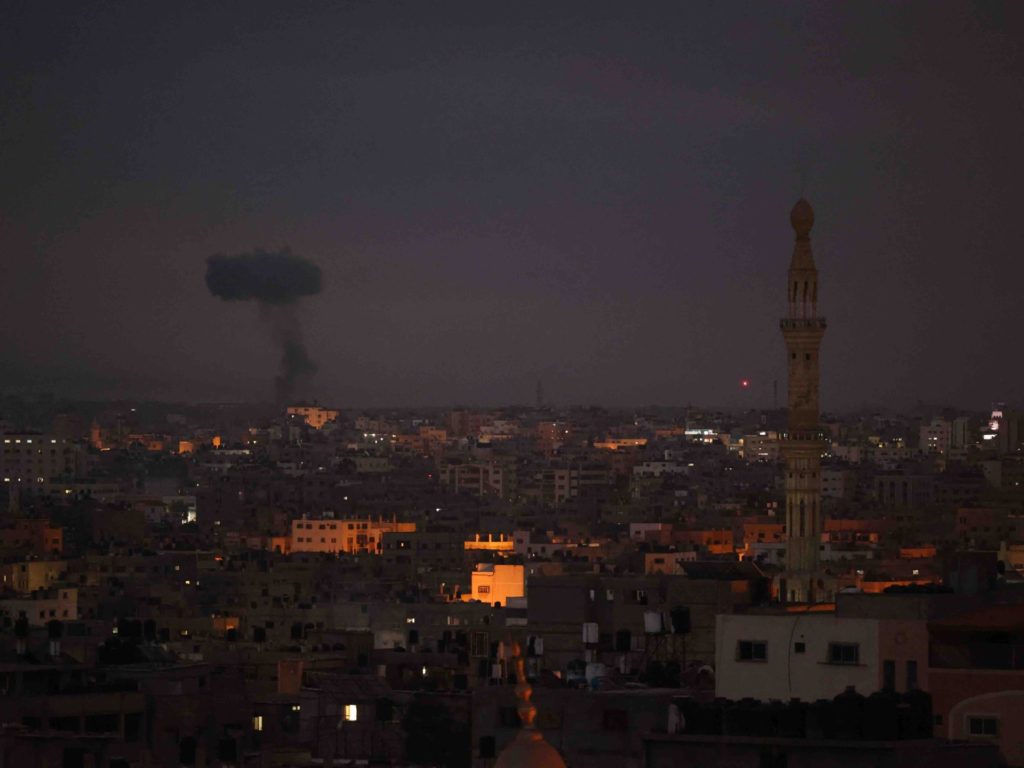 Palestinian terrorist rocket fire has fallen silent for seven hours, according to Israel’s Army Radio, after a long night in which the Israeli Defense Forces (IDF) pounded Hamas and Islamic Jihad positions in Gaza.

On Wednesday, President Joe Biden continued to urge Israel towards a ceasefire, as Prime Minister Benjamin Netanyahu said that Israel would continue “Operation Guardians of the Walls” as long as necessary to silence Palestinian rocket fire at Israel.

Overnight, the IDF attacked Hamas air defenses and underground tunnels. Earlier in the evening, a Palestinian rocket misfired — as roughly 20% of the rockets do.

What you’re seeing:
Yet another rocket launched by terrorists that misfired & fell back into Gaza tonight.

Why it matters:
The people of Gaza are endangered every time it happens. pic.twitter.com/rOhSal7nZH

As day broke in Israel, the rockets from Gaza had stopped for six hours — the longest lull in the 11-day conflict thus far.

Israel has two risks to weigh as it decides whether to continue pressing its advantage. One is the increasing support among congressional Democrats for a ceasefire — bolstered by the outright anti-Israel hostility of the party’s “progressive” wing.

The other is the risk of a second front in Lebanon. Hezbollah is thought to be an order of magnitude stronger than Hamas, and could possible fire enough rockets at once to overwhelm Israel’s Iron Dome missile defense system. A ground war would then become necessary, which could mean a heavy cost in lives on both sides, as well as possible damage to Israel’s economy.

Israeli analysis and diplomats have begun talking up the advantages of a ceasefire. Israel has destroyed much of the terrorist infrastructure in Gaza, and has done so without a major civilian casualty event that could galvanize international opposition. Crucially, Israel has fought the entire war without losing the support of Arab states that signed the recent Abraham Accords.

Hamas will live to fight another day. It will claim that it frightened Israelis into bomb shelters, and cemented its position as the preeminent force in Palestinian politics. It has also field-tested Iranian tactics against Israel’s defenses. But it also failed to win international support for isolating Israel, and instead finds itself more isolated than it already was at the start of the conflict.