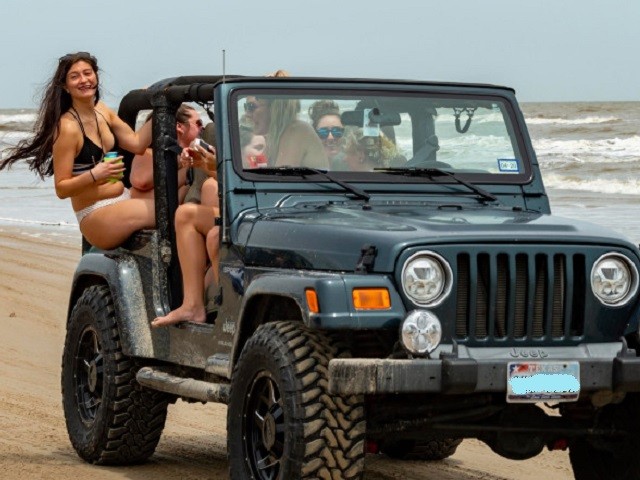 Police in Galveston County, Texas, arrested nearly 90 people during an annual “Go Topless Jeep Weekend” on Bolivar Penisula. Most of the arrests were for minor misdemeanor charges, officials reported.

Most of the arrests were misdemeanor charges related to public intoxication, KTRK ABC13 reported. Police also made nine DWI arrests.

The rally began a few years back as Jeep lovers decided to celebrate being able to remove the tops of their off-road vehicles. Over the last five years, the event grew in size and rowdiness.

Law enforcement authorities deployed in force to attempt to keep the partiers under control with more than 60 sheriff’s office deputies and 15 state troopers. The police actions led to the arrests of at least 87 people.

Police report one death on Friday but said it was not directly related to the event. One woman sustained a severe head injury after falling from an electric lift at a beach house. She later died at a local hospital.

A second woman sustained a broken leg in the same incident.

During the 2019 “Go Topless” weekend, police arrested more than 100 people and transported six people to hospitals via Life Flight helicopters, Breitbart News reported. Arrests fell to 63 during the event in 2020.