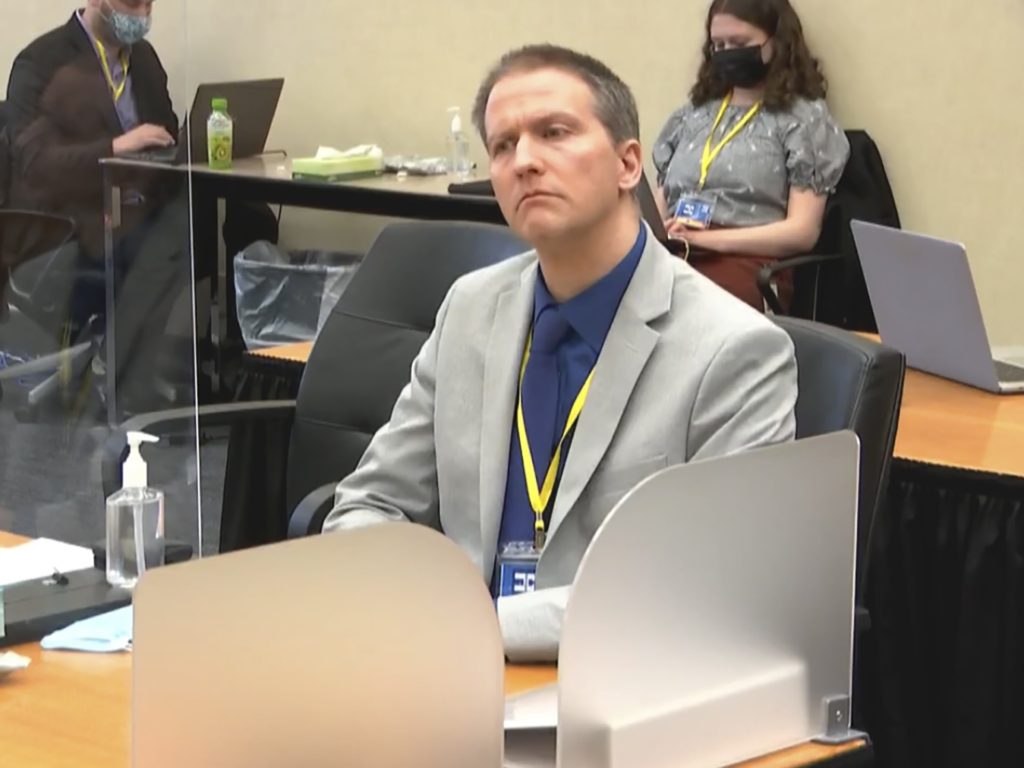 In a brief proceeding, Judge Peter A. Cahill unsealed the envelope carrying the jury’s decision and read the verdicts aloud, then asked each individual juror to confirm the decision. Bail was then revoked and Chauvin, nodding in assent, was led away in handcuffs.

A crowd gathered in downtown Minneapolis was jubilant. Speakers imposed those gathered to continue their commitment to the cause of police reform, though they might “celebrate” for a day. Around the country, local authorities braced for potential riots, regardless of the outcome. National Guard units were on standby in case of unrest and looting.

Earlier in the day, with the jury sequestered in deliberations, President Joe Biden said he had spoken with Floyd’s family, and weighed in on the trial: “I’m praying the verdict is the right verdict. Which is – I think it’s overwhelming in my view.”

Asked later at a White House press briefing what the president had meant, press secretary Jen Psaki repeatedly refused to elaborate, saying only that the president would not comment further until a verdict had actually been reached.

The defense is planning to appeal, and will likely argued that Chauvin was denied a fair trial by the judge’s decision not to change the venue of the trial and not to sequester the jury during a period in which there were further police shootings and local riots.

Judge Cahill admitted Monday that the remarks of Rep. Maxine Waters (D-CA) over the weekend calling for unrest unless Chauvin was found guilty created potential grounds for appeal in the event of a conviction, but declined to declare a mistrial.

Sentencing will be in roughly eight weeks. Chauvin could face 12.5 years on the most serious charge, but could be given an even longer sentence if prosecutors follow through on earlier commitments to argue for aggravating circumstances.

Joel B. Pollak is Senior Editor-at-Large at Breitbart News and the host of Breitbart News Sunday on Sirius XM Patriot on Sunday evenings from 7 p.m. to 10 p.m. ET (4 p.m. to 7 p.m. PT). He is the author of the recent e-book, Neither Free nor Fair: The 2020 U.S. Presidential Election. His recent book, RED NOVEMBER, tells the story of the 2020 Democratic presidential primary from a conservative perspective. He is a winner of the 2018 Robert Novak Journalism Alumni Fellowship. Follow him on Twitter at @joelpollak.