1,000 Migrants Apprehended in One Day in Single Texas Border Sector 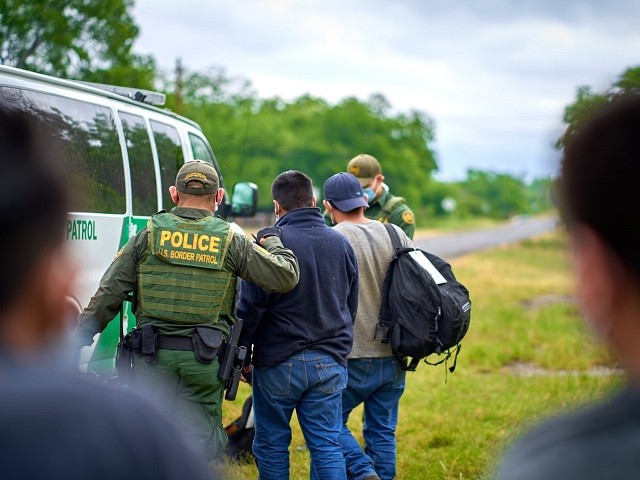 Del Rio Sector agents set a new record for single-day migrant apprehensions on Thursday with the arrest of more than 1,000 migrants. The apprehensions came during the interdiction of 27 smuggling attempts in addition to arrests along the border.

Del Rio Sector Chief Patrol Agent Austin Skero tweeted the news of a record-setting apprehension of more than 1,000 migrants in a single day.

Yesterday alone, our agents apprehended over 1,000 migrants, a new daily high for Del Rio Sector. Our agents and partners continue to do an impressive job addressing this dynamic situation, stopping 27 smuggling attempts and 3 convicted sex offenders over the past 48 hours. pic.twitter.com/7O03c5UKAL

The chief said his agents also interdicted 27 human smuggling attempts and arrested three convicted sex offenders during the past 48 hours.

One day earlier, Skero tweeted images of a large group of migrants being apprehended near the Rio Grande. Border Patrol defines a “large group” as more than 100 migrants in a single crossing incident.

He said Del Rio Station agents see the bulk of the large group apprehensions and apprehended approximately 230 every day for the past 60 days.